Keeper of the Lost Cities Quiz

2. Which Character has teal eyes? 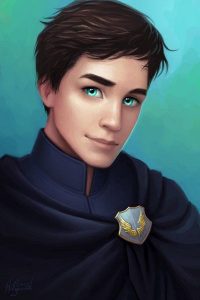 3. Who is Sophie’s best friend? 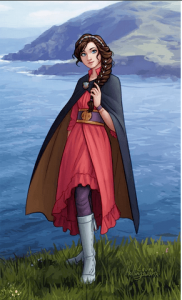 4. Are you an Introvert or an Extrovert?

8. What are Fitz and Sophie?

9. What did the elves use to call Linh

10. What are all the people in the lost cities called

11. Who are Sophie’s adoptive parents

12. Who wore a batman shirt in the book Neverseen?

13. Who was Sophie’s first best friend? 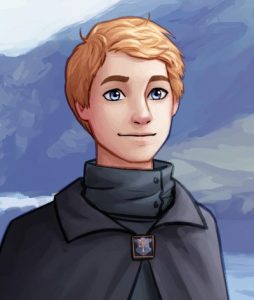 14. Who was the first elf Sophie ever met

15. What does Grady call Keefe?

17. What is your favorite animal? 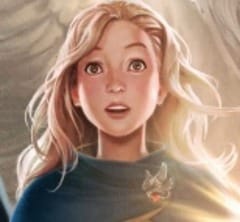 Sophie (Foster)
The main character in the series; a Polyglot, Inflictor, Telepath, Teleporter, and Enhancer. She was raised by humans, created by the Black Swan in order to heal minds, and originally brought to the Lost Cities by Fitz Vacker. She has yet to discover the identity of her true biological father; her biological mother is Councillor Oralie, and she was adopted by Grady and Edaline Ruewen. 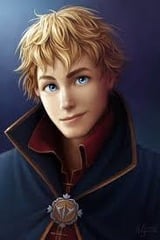 Keefe (Sencen)
The son of Lady Gisela, leader of the Neverseen, and Lord Cassius; an Empath, proud of his good looks. He hates his parents and joined the Neverseen for a short time in order to spy for the Black Swan; however, he told no one this until it was done and they felt that they were betrayed. The “King of All Good Hair Land” and “President of the Foster Fanclub”. 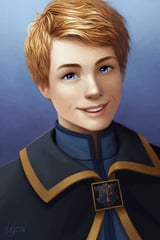 Dex (Dizznee)
The creator of the mighty Twiggler! A magnificent technopath and Sophie’s best friend. He is also a talented alchemist, like his father, owner of the famous store “Slurps and Burps”, and tries and fails to teach Sophie alchemy on multiple occasions. His father is talentless, so his family is called a ‘bad match’—he is sensitive about this. He originally hated Fitz for being ‘too perfect’ but they have now more or less come to terms with each other. 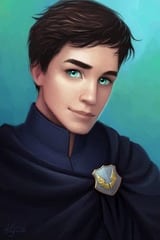 Fitz (Vacker)
Sophie’s friend and brother of Alvar and Biana. He is easily aggravated and lashes out at both his parents and Sophie, as well as countless others, when Alden’s mind is broken and when dealing with his traitor of a brother. He is the son of Alden and Della, a telepath, and Sophie’s cognate.
Lex, Rex, and Bex (Dizznee)
Dex’s mischievous younger siblings, triplets and trouble-makers. Keefe’s “Heroes”. 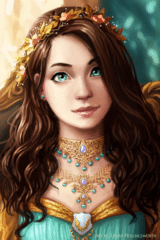 Biana (Vacker)
The daughter and youngest child of Alden and Della. A skilled Vanisher who originally despised Sophie but Alden persuaded her to become Sophie’s friend. She fought off Vespera single-handedly in order to buy her friends time, (In Nightfall) though this earned her scars running along her side, which Dex and Kessler have healed them skillfully so they almost fade entirely away. 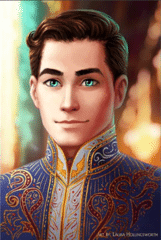 Alden (Vacker)
Della’s loyal, kind husband, father to Alvar, Biana, and Fitz. A telepath whose mind (sadly) broke but (YAY!) was fixed by Sophie’s powers. His favorite thing to say is “No reason to worry,” and he works as an emissary for the Council.
Timkin (Heks)
The ambitious, outspoken member of the Black Swan, also known as “Coiffe”. Father to Stina Heks and husband to Vika Heks. 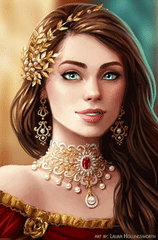 Della (Vacker)
Alden’s wife and mother of Alvar, Biana, and Fitz. She is uncannily pretty and nearly always dresses up. She is a skilled Vanisher and uses her skills to aid the Black Swan.
Stina (Heks)
The stick thin “evil” elf with an abnormally large head. She continually bothers Sophie in school and is basically Marella’s arch-nemesis. She is the daughter of Timkin and Vika Heks.
Brant
The Pyrokinetic who went mad because of being treated as a Talentless, this craziness resulted in him, in a fit of anger, starting the fire that killed his girlfriend—Jolie.
Grady (Ruewen)
Sophie’s adopted father, husband to Edaline and biological father of Jolie. He gave up his position as Emissary after his daughter’s death, and only reclaimed it again after Alden’s mind broke.
Edaline (Ruwen)
Sophie’s adoptive mother, sister of Juline, biological mother of Jolie, and Grady’s wife. She is a Conjurer and uses her ability in Lodestar to launch large pieces of debris away from Sophie and herself, saving them both. She generally appears fragile though she is powerful.
Jolie (Ruwen)
Daughter of Grady and Edaline and member of the Black Swan without their knowledge. She went deep undercover and met members of the Neverseen. She was killed by her boyfriend, Brant, when she confronted him about being a member of the Neverseen.
Iggy
The fluffy gray imp that is Sophie’s pet though he is continually being dyed different colors by Dex and is enjoyed by Biana as well.
Tam (Song)
Lihn’s twin brother who, though he looks quite similar, acts totally different. He is protective, watchful, and cold; he despises his overshadowing and unkind parents much more than his ever-forgiving sister and hates being called by their name, (Song). He also dislikes Keefe—for no good reason!
Page 195
The page Keefe first appeared in—in the first book
The star only rises at nightfall.
The words carved above Lady Gisela’s Nightfall
Lady Gisela
Keefe’s mother and one of the Neverseen’s leaders. She is smart, ruthless, sly, and powerful. She created the second Nightfall and locked it with Keefe’s blood. Oooh—creepy!
Linh (Song)
The powerful Hydrokinetic who was banished for accidentally flooding Atlantis; she is the twin sister of Tam and his opposite: compassionate, kind, and outgoing—though a bit feisty.
Melder
The powerful elvin weapon that paralyzes and causes immense pain when used. Dex was shot many times with one at the end of the first book in order to threaten Sophie, and Lady Gisela threatened Biana with one in Everblaze.
Chapter 43
The chapter when Keefe and Sophie really start to talk about healing Alden in Exile; also the first time Keefe came to her house.
“Is this you?”
The first words Fitz spoke (to Sophie)
Lord Cassius
Keefe’s father who believes that Keefe could be better (absurd!)
“Is that my dress?”
The first words Biana spoke (to Sophie)
Alvar (Vacker)
Older brother to Fitz and Biana, son of Alden and Della Vacker, and a vanisher who works for the Neverseen. Most likely dead based on events in Legacy [Keeper book 8].
“Are you lost?”
The first words Keefe spoke (to Sophie)
“Cool! What level will you be?”
The first words Dex spoke (to Sophie)
“It’s a pleasure to meet you, Sophie.”
The first words Alden spoke (to Sophie)
“If you’re thinking it will get easier—it won’t.”
The first words Tam spoke (to Sophie)
“It used to be beautiful.”
The first words Linh spoke (to Sophie)
Councilor Oralie
Sophie’s biological mother. A pretty, blond councilor who Sophie suspects was in love with Councilor Kenric, but was unable to act on it because of their positions.