Are you a furry quiz

Am I a Furry Test Answers

4. What does a person do to make you call them a furry?

6. What are most furries

7. What fursona is most popular in the furry world

8. Which big-cat is the most powerful/strongest

9. what type of furry is this? 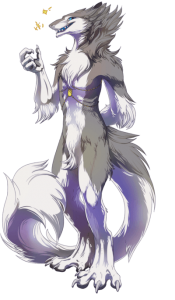 10. What separates regular animal-lovers from furries?

furries
are awesome.
furries
don’t commit bestiality.
the definition of a furry
someone who bases their personality and traits off of an animal they closely relate to.
cat furries like
high places, meat and seafood, hunting, by themselves, yarn or string
wolf furries like
being alone or in a pack, meat, hunting, being on the ground, chew toys
a common thing worn by furries
a collar
two common furries are
canine & feline
the opposite of a furry
a scaly
you shouldn’t let furries
plan parades or any public event other than a furry convention
furries are very
misunderstood due to some social media and T.V. shows
furries are
snuggly
furries and bronies are the same
hell no.. not ever no no no no.
scalies are defined as
the reptilian side of furry such as lizards, dragons, snakes.
biggest furry convention ever
ANTHROCON!!!!!!! HELL YEAH BABY!!!
furries like
hugs snuggles *coughyiff
yiff
is awesome
it the clown
is actually a girl